A recent visit with friends to Eight Bar and Restaurant on Dock Road, Galway was a great success (perhaps it was bound to be when the drinks bill was the same as the food bill – but enough of that!).  This restaurant is dedicated to using local, seasonal produce with all suppliers credited on the menu.

The wine list is short (but perfectly formed) and each variety is available by the glass which I always like to see.  We chose a lovely bottle of Chablis which was well priced at E28. One of our party had a glass of Rioja with her main course and this was also well received.

We ordered three starters; two of the party having the same – Crusty ciabatta with organic hummus, olives and greens and two of us sharing a Puff Pastry with chorizo, goats cheese, apple and walnuts.  Both were exceptionally good and were very well presented.  For mains, a Sirloin steak, Parmesan Crusted Duck Leg and two Beef curry’s with couscous were ordered.  Again all three dishes were winners and were thoroughly enjoyed.  I had the duck leg and it was wonderful and came with duck fat roast potatoes, pickled cabbage, black pudding and hazelnuts.  Oh and a special mention for the side order of thrice cooked hand cut chips!  These were amazing and worth going to Eight for on their own – very moreish indeed.

After all that, none of us were able for dessert but I will definitely be back to try the “After Eights” – and hopefully soon.  The bill came to E214 for four of us which was good value for all we had.

Thanks to Shane and his team for a wonderful evening.  Eight really is a triumph!

Postscript:  A return visit to Eight was equally as good.  This time, we managed a dessert – a wonderful Creme Brulee.  Eight really is a gem, love it! 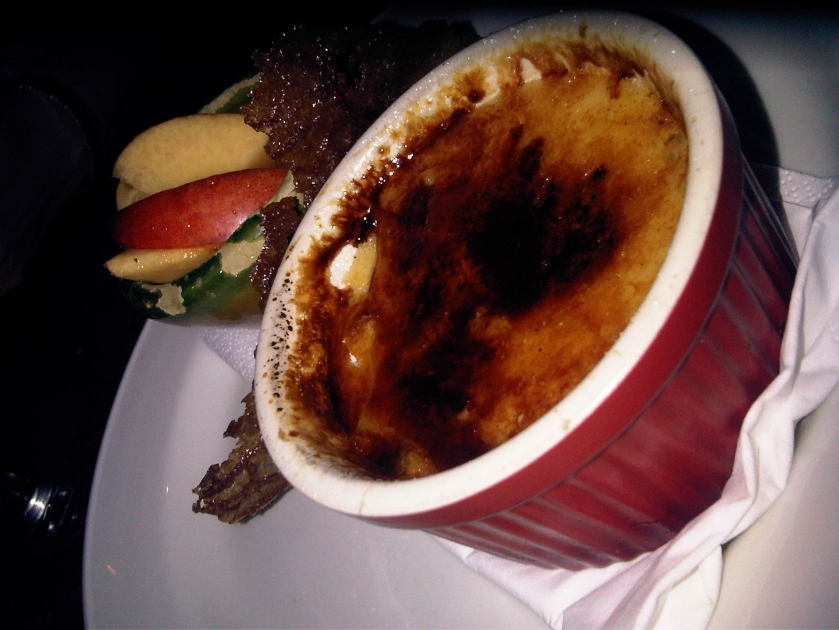 Second Postscript:  This wonderful restaurant has unfortunately closed its doors.  It is a real loss to the restaurant scene in Galway and is sorely missed.

Promote Your Page Too